The Art of World War 1

A collection of full-color artwork from World War One that illustrates the immense destruction and human turmoil of The Great War.

World War One raged from 1914 through 1918. Before the advent of modern video and photography, artists documented it using a variety of mediums for newspapers and magazines from the era. Using their imagination and technical skill, these talented illustrators and painters created something beautiful out of something terrible that gives a candid look at one humanity’s greatest conflicts.

Using pens, pencils, paints, and brushes, they captured the action and emotion of The Great War in a way that film could not. In many cases, these brave individuals traveled to the front lines and sketched, drew, and painted what they saw.

More than 100 years after its creation, their art is more vivid and impactful today than ever before. 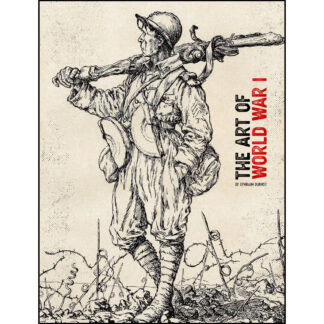